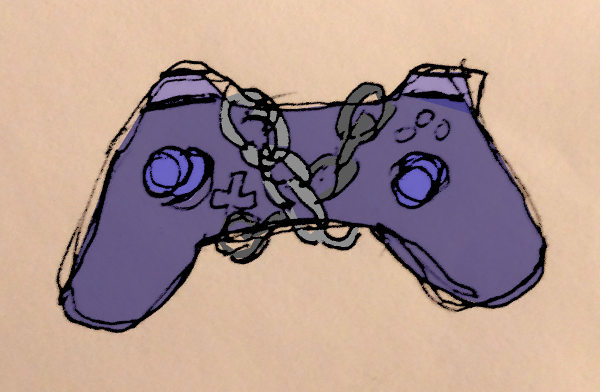 A disturbing trend among some video games is gamepad support whose controls cannot be customized. While the standardization of gamepad support on PC’s has increased the number of games supporting them, for some games there is only a single configuration. For those of us who are differently abled, or simply prefer to use a familiar layout, control customization seems to be taking a step backwards.

This is surprising since personalizing controls has long been a feature of PC gaming for decades, even among small budget titles. Consoles such as the PS4 and Xbox One now offer the ability to remap keys for all games. This is a modest accessibility improvement, though it appears to come at the cost of less in-game remapping. So players who prefer to alternate between different games the situation often involves re-configuring one’s brain each time. One would hope the competition among PCs and various console platforms would drive progress towards more accessible controls.

It’s true that enterprising users and 3rd-party developers provide alternative means of remapping controls. Sadly, many of these fail to remap for multiple games at once. Steam is the most accessible and broadly available which does do per-game mapping. Still, being outside the game requires users know their games default controls and do the old-to-new mapping using only the abstract button names. It’s also a relatively unknown feature.

Despite the variety of games and genres there is a lot of similarity in game control: move forward-back-left-right, jump, crouch, action/shoot, sprint, etc. On PC the keyboard controls have defaulted to the WADS keys for forward-left-right-back, so why not have a means to change the defaults for all games at once? Certainly some games will have unique controls which cannot be standardized. In those cases in-game customization may be the best solution. Still, it would save gamers time and frustration if they could begin with familiar fundamentals when starting or switching among experiences.

If PCs and consoles increasingly become home-theater machines and gamers play a larger variety of games they too may be asking why controls are so difficult to personalize. Hopefully developers will take notice.