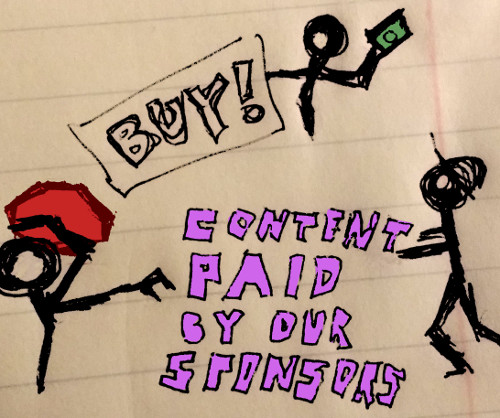 Internet services and web content take time and energy to develop and maintain. Since the Web opened to commercial business and broader public adoption in the 1990’s it has been increasingly funded by advertising. Yet tools which block ads, like Ad Block Plus, undermine this support. Without compensation for their work the people who produce websites and services will have to find another way to get paid or stop producing.

Of course nothing in life is completely free, but the increasingly easy access to the Net make it seem that way. While we consumers pay for access to the network, it’s often advertisers who pay for the content we enjoy. This makes a large volume of work available that might not be accessible. Before commercialization web access was typically only available at large institutions like universities, governments, and large companies. So naturally content was tailored for this audience; research, educational resources, and business records.

As more consumer content (like games, music, and news) came on-line it became more worthwhile for the general public to get involved. But without ads growth was slow. Since then on-line advertising and network technology matured some advertising is yielding to direct purchasing and patronage. It’s happening with movies on Netflix, music on Spotify, and publication with Patreon and Google Contributor. Though, given how modest direct contributions are compared to market of paid and free-with-ads-or-in-app-purchasing it appears most consumers opt for ads over paid subscriptions. In other words, we’re more willing to give up time than cash.

Ads also lower the barrier to entry which makes the web more accessible to those who are unable to contribute directly to producers; whether because of the cost, technological, or regional barriers.

Certain ad blockers and blocker producers claim that they’re only avoiding annoying ads. Yet they still consume the content regardless. So it’s like saying “I only steal from stores when the payment is distasteful”.

AdBlock Plus looks especially hypocritical as they extort payment from advertisers to avoid blocking. Perhaps they’ll also unblock their own advertising

Now I’m no saint either. Before fully understanding the consequences, I used such blockers as a way to avoid annoyances on the web. In fact the act of writing this article has made me rethink my use of RequestPolicy and similar tools to avoid loading unnecessary assets. One could take this view to the extreme and say that disabling plugins like Flash is theft since ads may depend upon it. Accessibility tools likewise may restrict how the web is presented. However, in such cases the intent is significantly different and advertisers often have a way to fall back to self-hosted ads, ads without plugins, or without images. Even so I’ve decided that my blocking of all 3rd-party resources is going too far.

We as consumers can chose to avoid advertising on the Internet, but the only ethical solution is to pay producers ourselves or do without their services. Anything else is theft. Otherwise the decreasing effectiveness of ads will probably lead to less content for all of us. 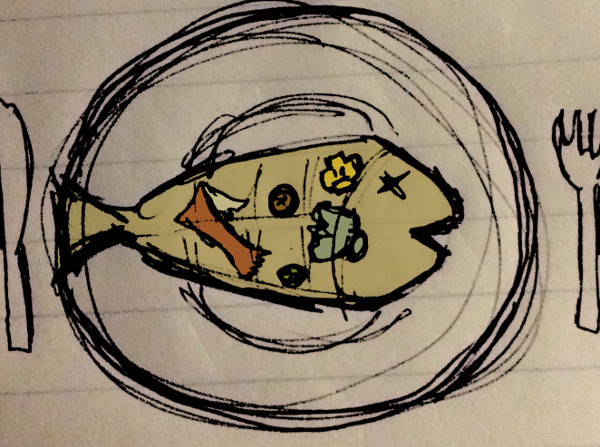 It’s easy to overlook just how much plastic one uses day-to-day. But the earth is a closed system that notes every wrapper, foam cup, and throwaway bag on it’s very permanent record. And as the refuse breaks down it works its way back to us through the food chain.

Since the oceans act like a sponge the creatures living there consume the plastic bits left behind. While this isn’t recent news there has been some recent attention. Catalyst ABC’s Plastic Ocean piece explains the situation. Around half way through the video I began to take stock of how I have been unintentionally contributing to the problem myself.

Being ecologically minded I thought I was doing well by shopping with reusable bags, drinking from reusable bottles, and harvesting some tea and coffee grounds for composting. Living in a recycling community also helps reduce the problem. But they don’t accept plastic bags, wax paper, Styrofoam, or complex items like electronic gadgets.

When I began to consider everything I consume it became obvious there is more room to improve. During any given week my non-recyclable consumption breaks down as follows:

Given 52 weeks in a year that makes 754 items that have to go somewhere. One idea is to switch to tea that comes in paper wrappers but even that may not be the optimal considering how the paper is produced. Of course this isn’t the whole picture. There are also holiday gifts, treats offered, and packages purchased at various times throughout the year.

Reuse and recycling can help too. Though ultimately, the best solution is to reduce consumption. Saying ‘no’ to oneself and others can be awkward and occasionally painful. Yet if one wants to enjoy food, especially from the sea, without plastic contamination then the bigger picture must be kept in mind every time temptation arises.