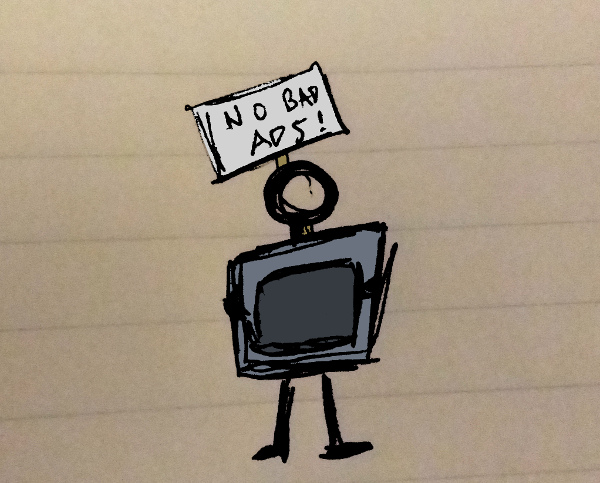 One description of the increase in ad blocking is that it’s a kind of boycott. While that may be the view of blockers the content producers may see it differently. For them advertising pays for their effort to create the content. So when people consume their content without any payment (in the form of attention) then their incentive to produce suffers.

This ‘boycott’ of advertising—while still taking the ad-supported services—appears to have much more in common with looting. Looting often occurs when large numbers of people feel deprived or exploited. Like a kind of vigilante justice one could argue the careless and invasive advertisers have pushed users to this extreme.

Of course a boycott sounds a lot more noble. But if I’m not mistaken that would involve avoiding the entire business, not using their services while dodging payment. Picketing is another feature that can accompany boycotts. Those bothered by ads do have options to express their discontent on social media, forums, and comments; though, admittedly not always directly on the site of the business itself.

Alternatives to ad-funding do hold promise: micro payments, donations, and subscriptions. Each has some friction for users to get involved. Perhaps when doing so is easier than installing an ad-blocker things will turn around.

So what do you think? Is ad blocking more like a boycott or looting? Something else entirely?